Congratulations to Organizacion Amancio Samuel Villatoro, Cuban medical brigade, nurses from the U.S. and volunteers for the resonating success of the Guatemala International Medical Mission held in Coatepeque, Quetzaltenango and Santa Catarina, and San Marcos held on December 1-8, 2021! 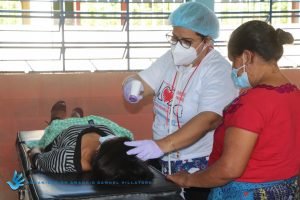 The medical team was supported by ten (10) personnel and collaborators, and countless volunteers from the community who took care of the logistical needs.

December 2 to 5: The co-sponsors Union of Coatepecano Cyclists (UCIC), Municipality of Catarina and Sanatorio Catarina welcomed the medical team with formal receptions, live marimba music, dance presentations from children and adults alike, and traditional tamales dinners.  In the 2.5 days of medical clinic in both areas, 1300 patients were provided primary medical care, ophthalmology, traumatology, and were given free medications and vitamins as prescribed by the doctors. The patients and the communities were very grateful for the free clinics and the medical team was satisfied to have delivered the most needed medical care. 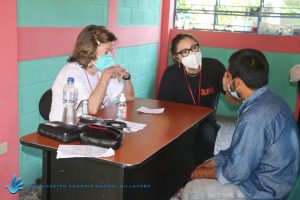 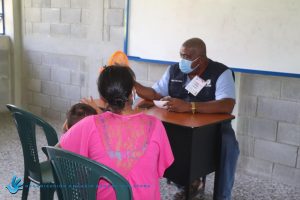 December 6: After the medical clinic, the entire team visited the Paisaje de la Memoria in Comalapa, Chimaletenango.  This place was a 5-minute uphill hike from the main road in the middle of a beautiful forest.  It was the former site of a clandestine cemetery inside what used to be a military base during the most difficult years of civil war in Guatemala.  Several holes have been dug in the ground where 220 remains of Guatemala’s disappeared were discovered. They are part of the 45,000 forced disappearances in Guatemala, which is the highest statistic in Latin America.  Human rights activist Rosalina Tuyuc and the organization Conavigua (National Association of Guatemalan Widows) prepared a beautiful healing Mayan ceremony and served home cooked lunch for everyone.  Samuel Villatoro, Director of the Organizacion Amancio Samuel Villatoro and main sponsor of the medical mission, relayed his family history, how his father Amancio Samuel Villatoro was disappeared and whose remains were discovered in one of the excavations within the same region.

After an intense afternoon of sharing with the widows of the disappeared and learning about the history of Guatemala and the story of Amancio Samuel Villatoro, the group headed to Antigua to spend the evening and enjoy this beautiful well-reserved colonial city and old capital of Guatemala. 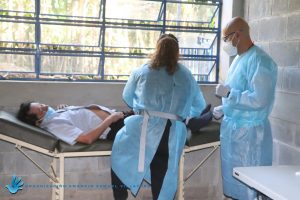 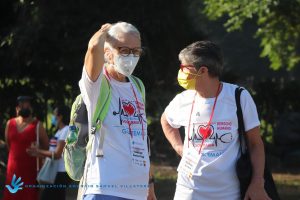 December 7: Back in Guatemala City, the group visited the Forensic and Anthropology Foundation of Guatemala (FAFG), where their archaeologists and anthropologists explained the process of excavation, identification, collection of testimonies, etc. of the thousands of disappeared.  They were 45,000 activists, labor leaders, students, and entire indigenous communities who were disappeared during the 36 years of civil war in Guatemala between 1960 to 1996.  One of the most emotional moments was when the delegation was able to see the remains of Amancio Samuel Villatoro, which have been under the protection of FAG in their facilities.

Exploring the capital, the team visited the Central Plaza, and the surrounding National Palace, Metropolitan Cathedral and the Central Market where everyone could get souvenirs from Guatemala to take back to their family and friends.

In the evening, everyone enjoyed a traditional Guatemalan dinner, at the same time viewing a compilation of photographs of the week to remember and relive the moments of their journey.  Each person was able to share their feedback and comments about the entire medical mission.  Everyone had a great experience; many tears of joy and satisfaction flowed that night – an expression of love for the people of Guatemala that we learned more about and served dearly during the medical clinics. The international team vowed to be back, and bring more of their colleagues and friends to have the same beautiful experience in Guatemala. 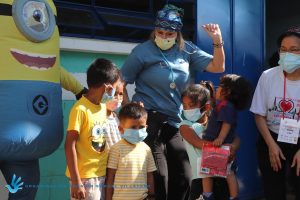 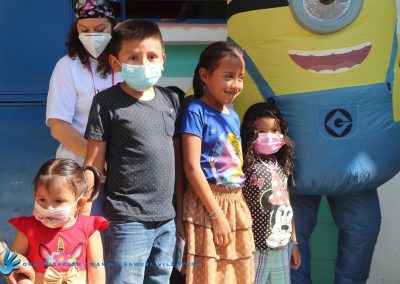 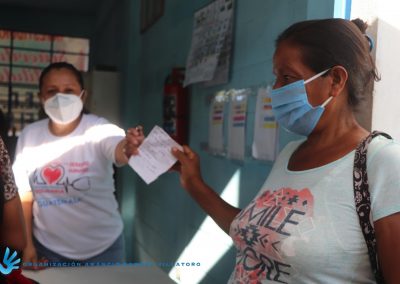 The next Guatemala International Solidarity Medical Mission is on May 18-26 in Izabal Department, Guatemala. To apply as a volunteer, please email guatemalamedmission@gmail.com or complete the form below.

Apply as a volunteer to the Guatemala Solidarity Medical Mission

Description and rationale of the medical and solidarity mission In the Philippines, health facilities and services remain to be highly urban-centered, inadequate, commercialized and inaccessible to the majority of the Filipino people while health workers have been...

Report from Filipino Nurses United (FNU) Cebu Chapter A disaster relief operation for Odette typhoon victims in Cebu was conducted on January 17-21, 2022. This was done to address the survival and immediate needs of the people after the calamity struck. The...

A Small Gesture to Help Nurses in the Philippines

Even before the pandemic, nurses in the Philippines have been in the frontlines over-worked healing patients with meagre pay. In an effort to support them, the Filipino American Health Workers Association (FAHWA) and the Filipino Nurses United (FNU) will be giving...

We appeal for support to help the people devastated by Typhoon Ulysses (Vamco) and massive flooding in the Philippines. In the midst of the COVID-19 pandemic and still reeling from the damage brought about by Typhoons Pepito, Quinta and Rolly, Typhoon Ulysses...

Urgent Funds to Fight COVID 19 and Hunger in Guatemala

[Solicitud en español abajo] Your donations will go towards assembling packs of immediate necessities and facilitating rapid distribution to over 500 families in several struggling communities in Guatemala. Each pack will contain staple foods, COVID 19 preventative... 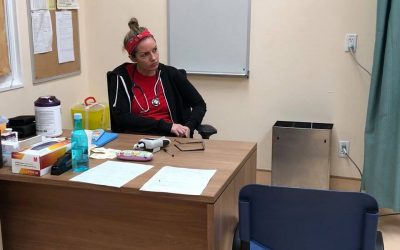 Six nurses, members of NYSNA and Dr. Michael Touger just returned from the Bahamas after four days of Medical Mission at the Great Abaco Island. Hurricane Dorian first hit the Abaco Islands as a Category 5 storm with 185 mph winds. That ties it for the strongest...